For many New Yorkers, giving back helps us feel like we’re making positive changes in the community. But what about when the change we need seems out of our control?

As gun violence continues to pose a threat to the safety of our streets, our families, and our neighbors we may at times feel helpless, but small efforts and acts of goodness can help make impactful change.

The effects of Gun Violence on our Communities

The trauma of gun violence creates a ripple effect of pain points in our community. For instance, more than half of gun deaths are by suicide, unveiling deeper issues of mental health. Statistics also suggest that gun violence is also highly concentrated. Though Black communities make up just 15% of the population, it also encompasses 65% of gun violence fatalities. Each violent end to life is a blow to the fabric of our community. Yet still, guns are perhaps the most contested debate in Congress and at our dinner tables. This issue has been notably wedging a divide between people and parties. 92% of Democrats say it’s more important to control gun violence, while 70% of Republicans say it’s more important to protect gun rights. Independents lie in the middle at about 54%. Another party that falls in the middle ground are gun owners. Almost surprisingly, more than half of them believe in the importance of controlling gun violence over protecting gun laws.

But even with all these statistics, what answers do we have for safer communities? The answer may just lie with us.

How can I help reduce gun violence in NYC?

NorthNode is proudly preparing for a panel on the topic of gun violence. We’ll bring professionals and advocates into a conversation around gun violence in New York City, the problems that help perpetuate it, and how we can help.

Ahead of, during, or even after the event, here is a list of a few organizations that you can connect with to help reduce the gun violence in our city.

Professor at John Jay College of Criminal Justice, Jeffrey Butts, says that “things that cause crime to go up and down are largely societal and structural.”

Racial disparity is one major reason why violence is highly concentrated in Black communities. Many of these New York neighborhoods are being neglected where it matters most: schools, police, and housing.

Vital City is an organization that promotes the change needed to enrich the social fabric of vulnerable communities, giving them a more safe and solid structure on which to build. Decent schools, access to jobs, housing, and libraries, all help to enhance neighborhood safety and stamp out gun violence.

This sort of work is not just a pipe dream; it’s driven by data. The takedown of youth street crews are what prosecutors credit for declining violence in Brooklyn. More health, wellness, and opportunity directly correlate with less gun violence.

Volunteering is not the only way to get involved. Vital City frequently holds events to spread information about how we can continue to reduce gun violence. The public is welcome to attend these events. 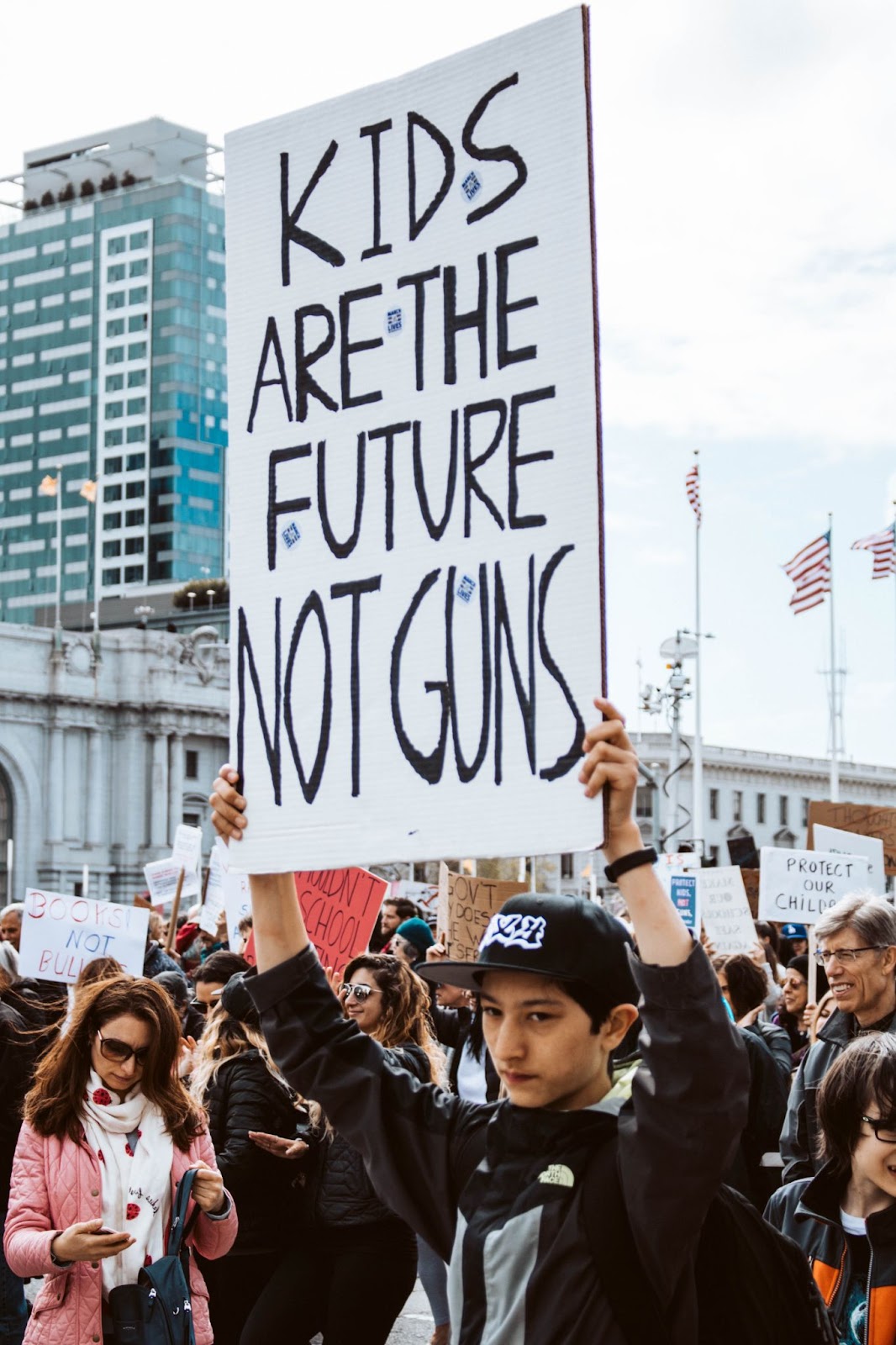 2. Donate to Voices of Black Mothers

We know that gun violence disproportionately affects Black neighborhoods. The distress to victims’ families, particularly their mothers, is yet another domino effect of how gun violence disrupts the wellness of our communities. Studies reveal that a quarter of parents die within the first 10 years after the incident and a staggering 92% of marriages fail. This devastating blow should stop spreading through families–and that’s what Voices of Black Mothers have to say.

You can get involved in their efforts to raise public awareness, provide support, and create peaceful communities in tandem with the police and community members. Donating to this cause will help to fuel a necessary transformation in their communities, but also fun resources for healing and coping for gun violence victims’ families.

If you are a mother personally affected by gun violence, you can join the movement and be part of the progress needed to protect NYC communities.

It’s important not only to make your voice heard on a national scale but on a small scale, too. That means voting in local elections.

Gun violence is a hot-button topic for a reason. It’s out of control and we need to have honest conversations about how to fix it. That starts with who we elect into government. About three-quarters of respondents to one NPR poll said mass shootings make them more likely to vote in November. The poll also found that voters are leaning toward candidates who increase mental health funding (86%), require stricter gun checks (82%) and generally want stricter gun laws (60%).

Aside from going out to vote, you can do some good for gun law reform in the meantime.

Everytown highlights that New York is a leader in gun violence prevention. Why? Because we have already successfully voted in members who have enacted laws for the betterment of our city. You can continue to help advocate, rally, and demand action by joining groups to support the changes needed for safer communities.

In a report released by NYPD in April, it was told that the total number of citywide gun arrests in 2022 to 2,007 – a 4.4% increase from gun arrests in the first half of 2021. Although these numbers do seem staggering, they’re not completely bleak. New York is ranked third in the country for gun law strength. 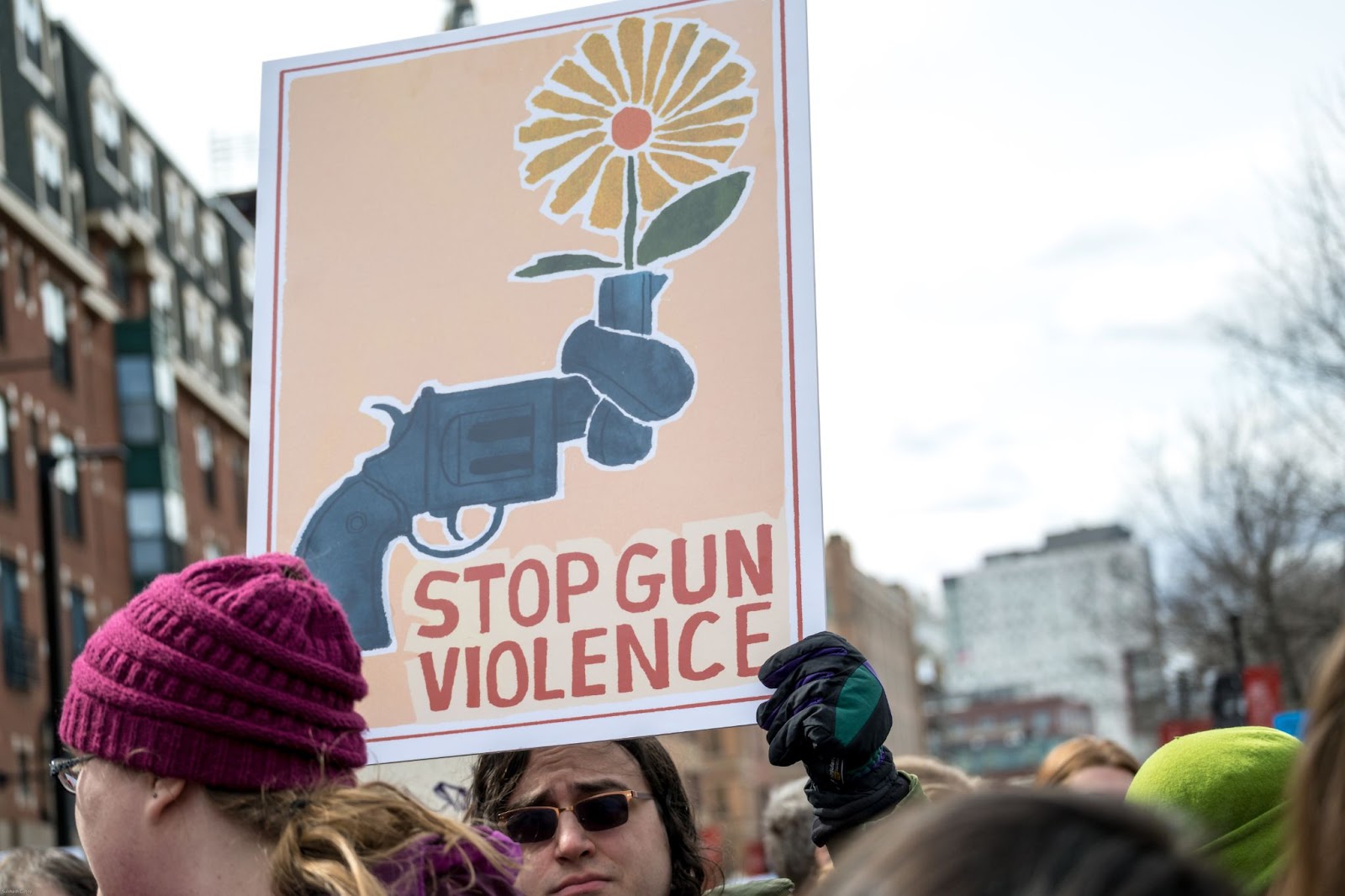 This is due in part to legislation (New York was the first state to enact gun industry liability legislation, holding manufacturers and dealers accountable for dangerous practices), but also because of people’s awareness and action for gun violence prevention. You can be an advocate year-round by staying on top of the facts, and joining your neighbors as you “March For Our Lives.”

This organization has three motions you can take. You can join a volunteer team, join a chapter, or make a voting plan–all with a focus on changing the laws and saving lives.

NorthNode wants to be the platform you can come to when there’s something important you need to stand up for. Right now, gun violence is hard to ignore as a major issue within our country. We’ll be hosting a panel event on August 10th, featuring professionals and advocates for change. RSVP to save your spot, then visit some of these organizations to start taking action.

We’ll be hosting a panel event soon, featuring professionals and advocates for change. Subscribe to our mailing list to hear when you can save your spot, then visit some of these organizations to start taking action.

More Stories to connect with NorthNode 6 Nonprofits To The Rescue To Help Solve The U.S. Housing Crisis

In July 2022, the New York Times released an article titled “the housing shortage isn’t just a coastal one anymore.” NYC Restaurant Week 2022: Top Rated Restaurants That Are Giving Back To The Community

Are you looking for ways to help the community this summer? What if we told you that there was a Exploring Interests and Skills that can be Used for Philanthropy

When you’re choosing an opportunity to give back to your community, your interests and skills are a valuable compass for